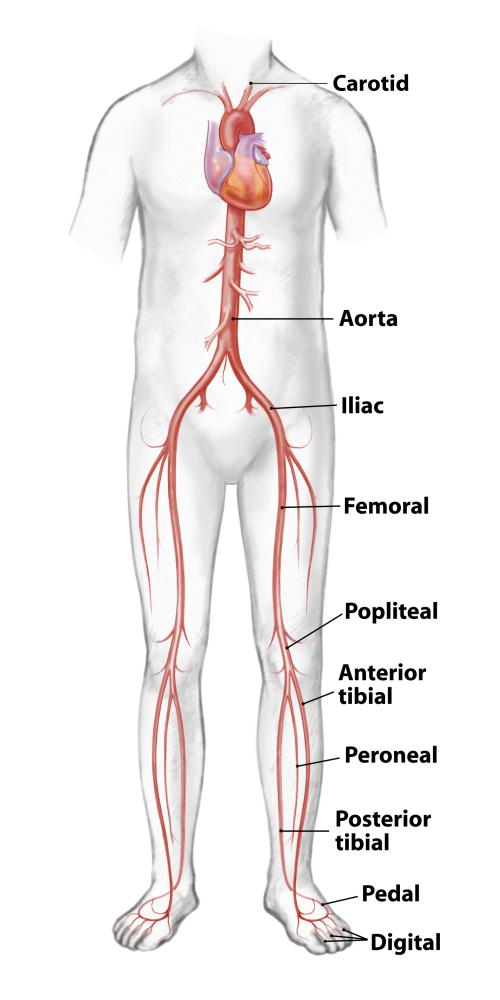 The arterial system is a series of branching and connecting conduits or tubes, all ultimately originating from the heart, the central pump of the body.

Arteries, much like tree branches, become smaller and smaller as they extend out into the periphery of the body. They are designed to carry oxygen-containing blood and nutrients to all parts of the body and receive blood from the heart under high pressure (average=120 mm of mercury) and deliver it at great speeds throughout the body. The blood, itself, is a complex mixture of oxygen-bearing red cells, as well as plasma containing nutrients and innumerable hormones and other chemicals. When an artery is partially or completely closed, blood and oxygen are not delivered to the tissues in a normal fashion.